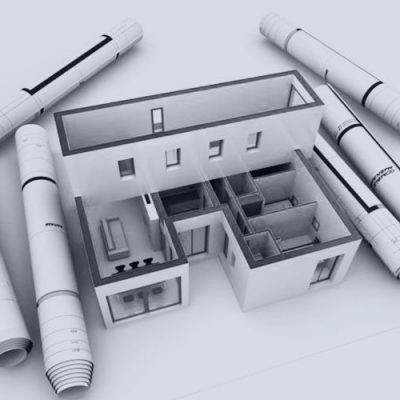 Design-Build utilizes an approach that has a number of benefits for the owner. The major difference is how one Project Manager oversees the entire process from start to finish. The Design-Build Project Manager takes sole responsible for every step of the building project from concept to completion.

The Design-Build approach is less stressful for the owner because they aren’t caught in the middle between a Designer and a Contractor. The owner has one point of contact at all times during the Design-Build process. This eliminates many of the problems an owner will likely experience if they choose Design-Bid-Build for a project.

We are Design-Build Specialists that make project easier for you.

Every part of your project will be manged by DAVID SMITH Design + Build: 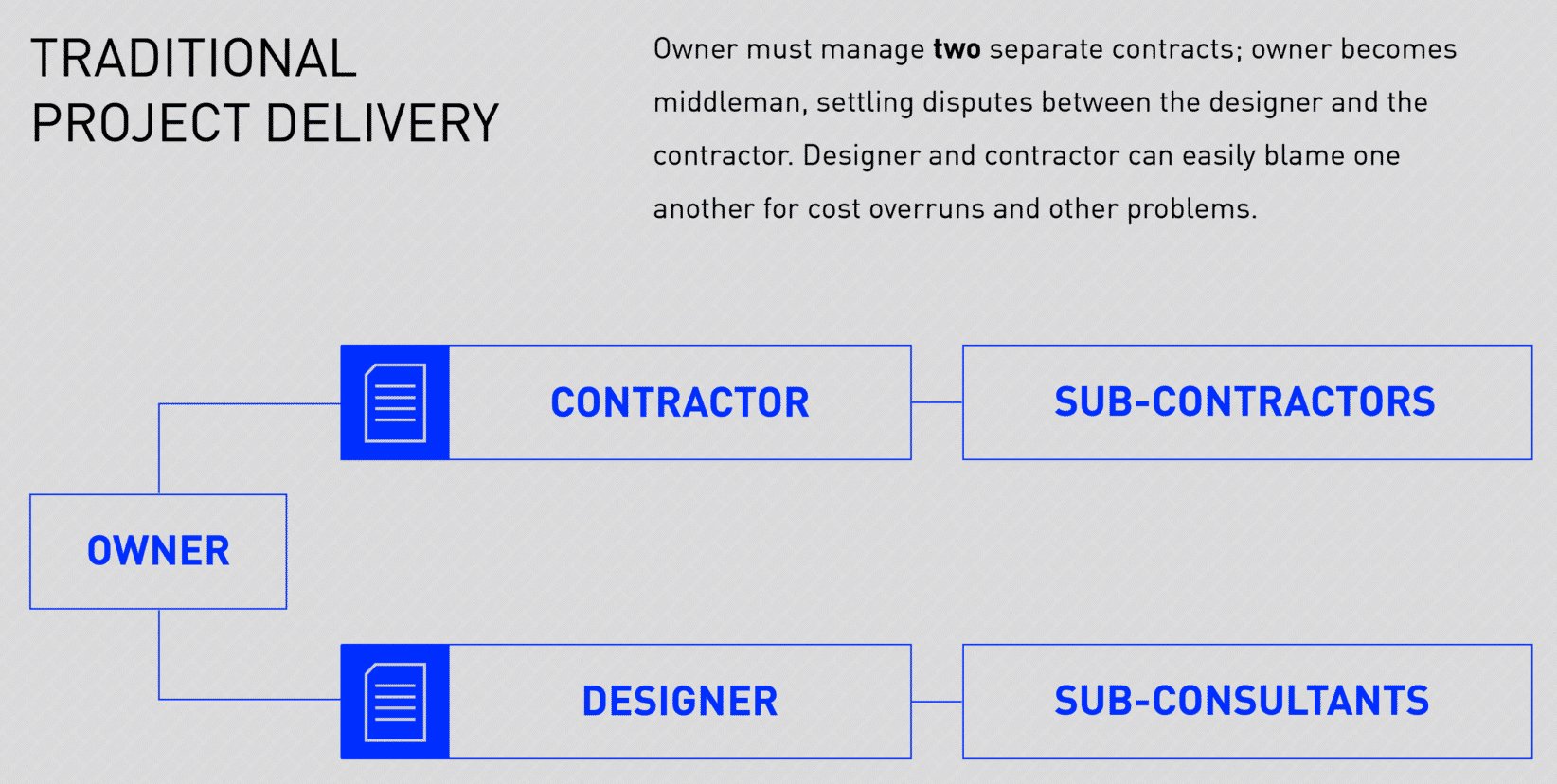 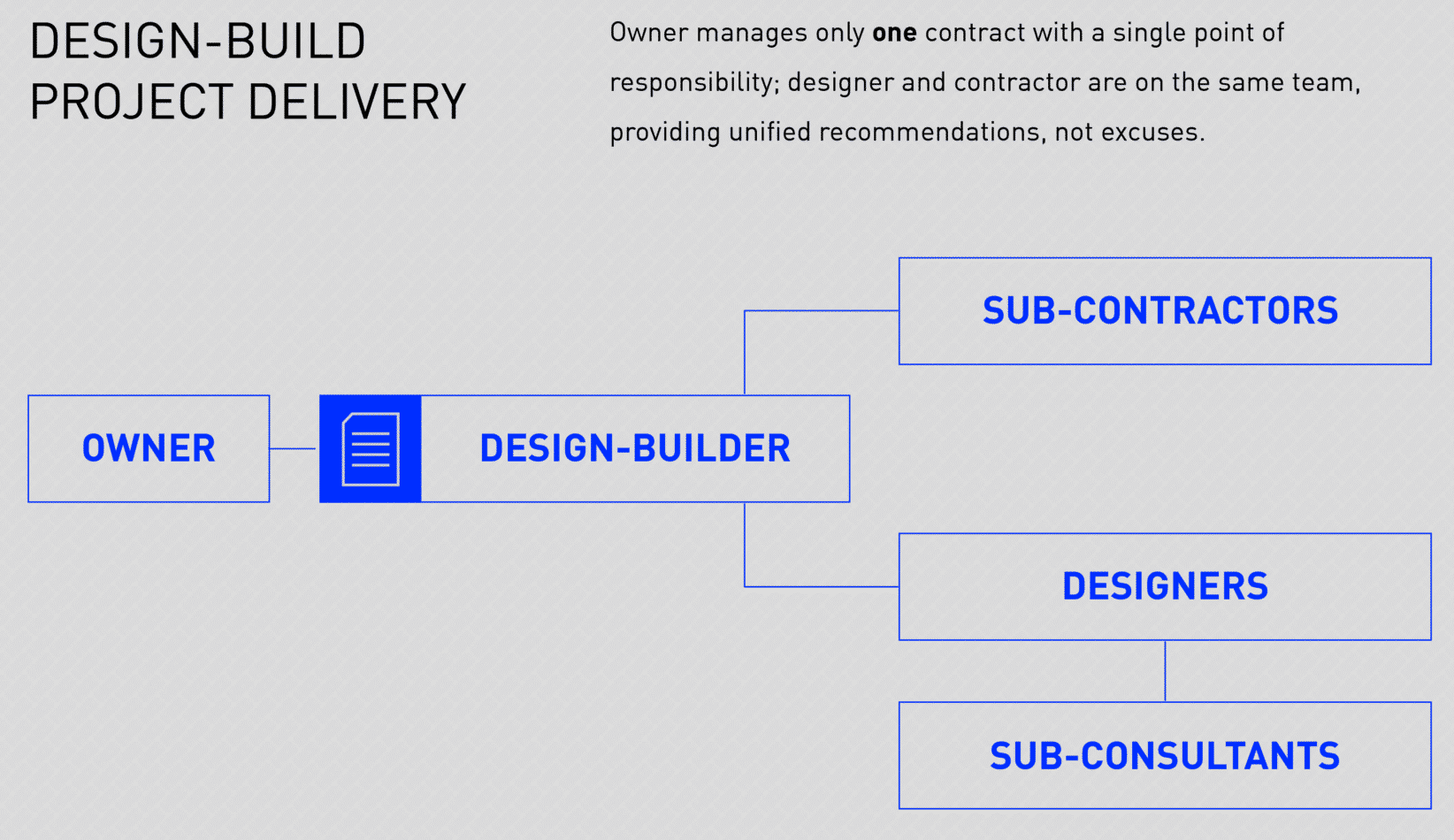 One Project Manager oversees the entire Design-Build process from start to finish. One point of contact takes sole responsible for every step of the building project from concept to completion.

Construction projects are less stressful for owners with Design-Build. The owner isn’t caught in the middle of a separate Designer and Contractor. Owners don’t carry the risk of a project which mean less stress.

With one direct relationship between the Owner and Design-Build Manager there is more transparency. Owners have just one contract and terms with one entity making project administration much easier.

Communication is much better with Design-Build in two ways. First, owners communicate directly with one Manger. Second, everyone on the job works under one Manager who handles both design and construction.

With Design-Build, every step of the project is seamless from concept to completion. There’s no confusion or conflict between a Designer and a Contractor. So construction operations on the job site are more efficient.

The Design-Build Manager is 100% responsible for every step of a project. Without conflict between a Designer and a Contractor, the planning and execution of plans by one Manager results in higher quality work.

The owner, the Manager and everyone working on the job are all on the same team. Everyone is working together as a team with common goals. There’s no blaming the other guy for an issue with design-build.

Even the best building projects run into potential issues. If the owner or someone on the job has an issue – they talk to one Design-Build Manager. This makes it easier to solve an issue much faster.